Be sure to join us for the screenings at The Egyptian on Oct. 23rd!

h48 is back!  Registration opens soon for this year’s competition and festival.  Entries will be capped at twenty (20) teams so register early if you want a spot!  The entry fee is again $55.

On Friday, October 15, 2021 at 6:00 p.m., all registered teams will receive an information packet via e-mail with the sub-genre for their horror film, and line of dialogue.  The packet will identify a prop which will be readily available in everyone’s home.

Forty-eight hours later – Sunday, October 17, 2021 by 6:00 p.m, all teams will submit their finished films to h48 via WeTransfer.  IMPORTANT:  Failure to send your film via WeTransfer will result in disqualification of your film from consideration for awards.  Judging of all eligible films will be conducted online via private video links.

Following Block #2, at approximately 8:30 p.m., we will hold an Awards Ceremony to announce this year’s award winners. Awards and prizes will be as follows:

IMPORTANT:  Due to on-going presence of COVID-19 in our community, it will be mandatory that all audience members wear a mask or face covering while in the lobby area of the Egyptian. Audience members may remove their mask while in theatre and at their seats.  The Egyptian seats 800, so it will be possible for audience groups to socially distance in the theatre.

We’re excited to be back in-person and crossing our fingers that it can remain so! In the event that COVID 19 transmission rates rise in Ada County to greater levels and Boise City or state-level restrictions are imposed limiting the number of individuals who can gather together, h48 reserves the right to revert to a virtual screening instead of a live event.  Should that happen, h48 will refund $45 to all the teams as h48 will no longer be incurring the cost of renting The Egyptian.

If you have any questions, please contact us at andrew@idaho48.org and/or josie@idaho48.org. 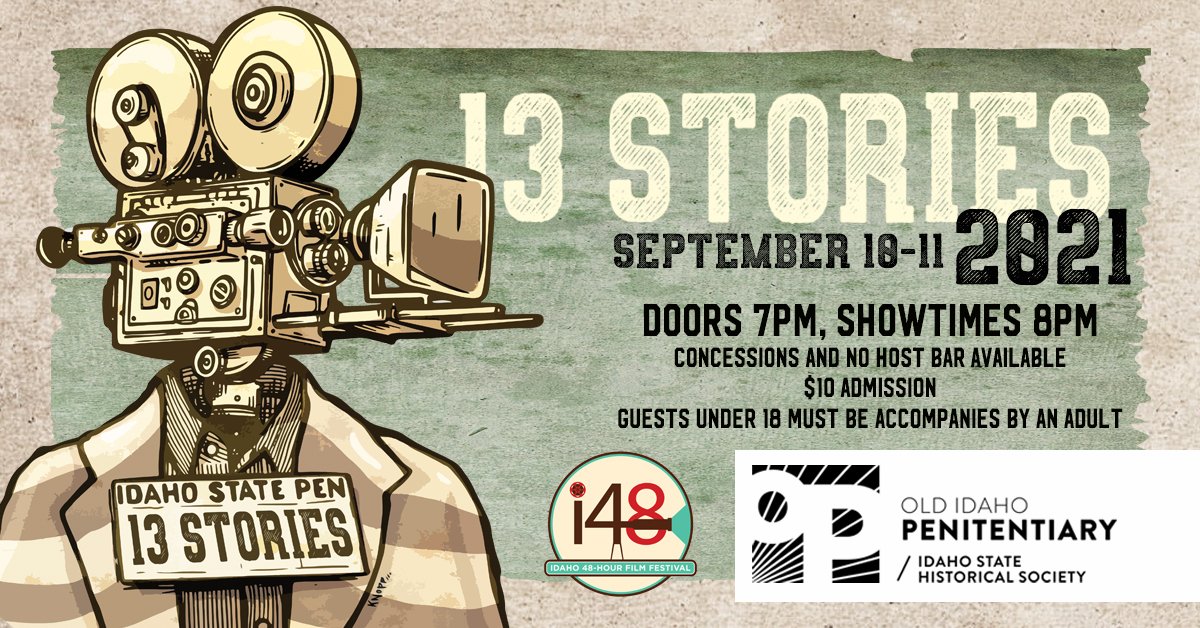 Best Use of Prop: “The Moon is Made of Cheese” by Flying Fedora Film
Best Use of Character: “Lyon’s Cage” by Travis Thoms
Best Use of Dialogue: “LORPing” by Creative Underground
Best Actor: Nate Garcia in “5 Star Scottie” by Ice Cream Ent.
Best Actress: Remi Stull in “Battery” by Newton to Newton
Jen Potcher in “Do You Think You’re Going to GetAway With This?” by Leave It To Chance
Ellen Smith in “Where There is Love There is Life” byBannock Films

Congratulations to all the filmmakers who participated in the February Challenge! It was good to be able to laugh during these times.


Here are the winners of the awards!

If you missed the event, here is the link to watch the films:

i48 Films on Vimeo